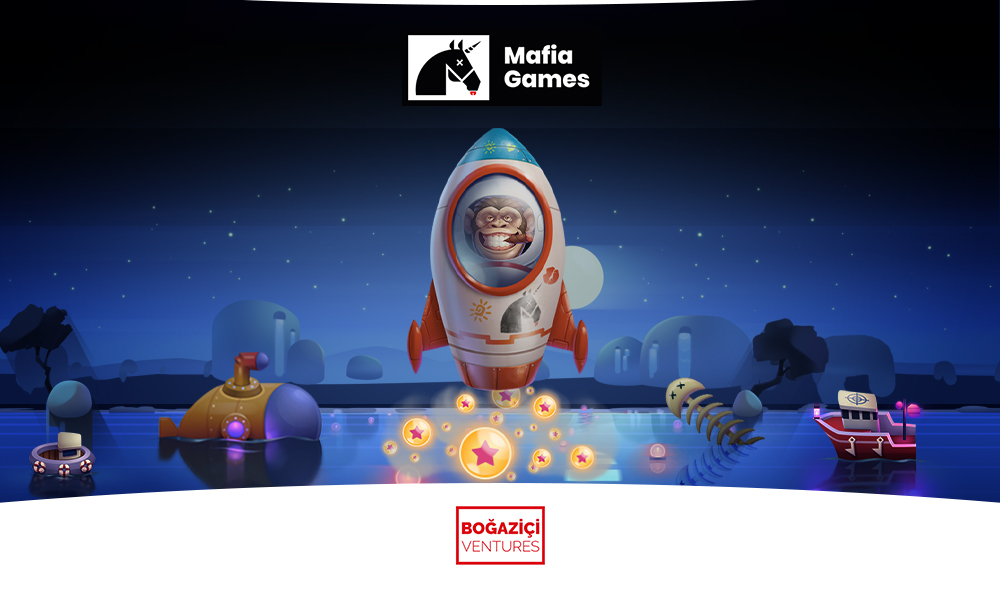 Mafia Games, which develops chance and skill based games, is aiming to accelerate its global growth with this investment.

Gaming industry in Turkey which is in the top 3 among all European, Middle Eastern and African game publishing ecosystems, is growing rapidly with more than 500 small and medium-sized game startups founded in recent years while having performed very successful exits recently.

Bogazici Ventures contributes to the growth of the ecosystem by investing in technologies that can scale rapidly in international markets through its BV Growth fund, which invests in Gaming, Fintech, Retail Technologies and Digital Health and has invested 400.000 USD in Mafia Games which was founded by Fatih Polat and Serkan Aksu. Mafia Games generally focuses on development of chance and skill-based games.

Bogazici Ventures, which makes a new investment announcement on Clubhouse every week, had a chat about game idea generation, game design, game publishing and legal processes in the industry with Mafia Games on this week’s Clubhouse stream.

Burak Balık, who is a founding partner of Bogazici Ventures, a gaming industry veteran and also a serial investor having founded successful startups himself announced that Bogazici Ventures has invested 400.000 USD in Mafia Games, on Clubhouse for the first time and said “We generally make the investment decision by checking to see if we share the same vision and dreams with the startup. It was exciting to see that we share same dreams with Mafia Games during our meetings.”

It was also stated that there are only a few successful games in chance and skill-based games genre and there is a high success potential here.

“We will continue to grow by getting stronger with Bogazici Ventures’ investment.”

Serkan Aksu, the founding partner of Mafia Games, said “We will continue to grow by getting stronger with Bogazici Ventures’ investment on the journey that we started by making use of the opportunities we saw in the global gaming industry.”

Founded by two entrepreneurs who have a long career in gaming industry, Mafia Games is a Turkish game studio developing chance and skill based hybrid casual games with 11 people in the team.